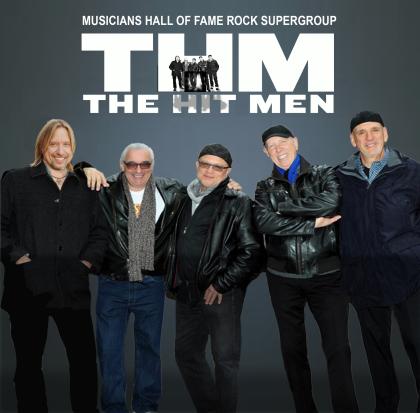 Chandler Center for the Arts is proud to present FREE virtual performances that you can watch anywhere with your phone, tablet or computer, in your backyard, kitchen, living room or at the park.

Join us on our Facebook page for a one-time premiere of The Hit Men: Musicians Hall of Fame Rock Supergroup, recorded live in Fort Meyers, Florida, at the Barbara B Mann Performing Arts Hall.  This free programming is made possible by our friends at BiCoastal Productions. This is going to be an evening of classic hits; grab your hairbrush and sing along with us!

Take a star-studded journey through rock-n-roll history with these Hall of Fame honorees who sang, played and/or recorded with some of the biggest names in music - Elton John, Carole King, Cat Stevens, Jim Croce, Carly Simon, Rod Stewart, Frankie Valli & The Four Seasons, and performed with members of Journey, Toto, Foreigner, Cheap Trick, The Rascals, Three Dog Night, The Turtles, The Who, and many others.

The Hit Men are the actual musicians and singers you heard on the original records, listened to on the radio, watched on TV or saw in concert. In this exciting and unique show, The Hit Men dazzle audiences with number one hits by artists they have performed with on stage and in recording studio, songs like “Don’t Stop Believing,” “Oh, What A Night,” “Africa,”, “Pinball Wizard,” “I Want to Know What Love Is,” and “Joy to the World.” Their show is like no other as they take you behind the scenes with stories about what it was like on the road and in the recording sessions with rock royalty.  Relive rock’s greatest hits, the way you first heard them.  Experience the soundtrack of our lifetime...by the original guys who made and played it - The Hit Men - Keeping the music alive...and keeping it real!

@cityofchandler
@cityofchandler
The Gallery @ChandlerArts presents an intimate view of the world of local photographer Shaunté Glover. “…no matter what they are doing…you can feel her deep affection for the person in the frame.”… Read More... Read More
@cityofchandler