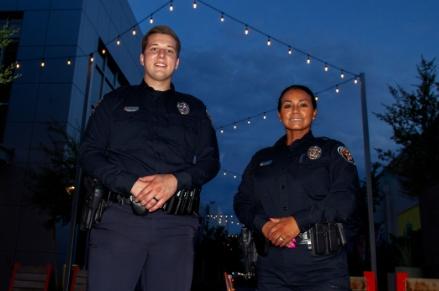 CHANDLER, Ariz. – Starting May 1, the City of Chandler will offer lateral police officers outside the Greater Phoenix Area a $10,000 signing package that includes a $5,000 hiring incentive and up to $5,000 in relocation assistance. Recruitment of lateral officers also will be part of the City’s nationwide talent recruitment campaign launching later this summer.

Chandler was the first police department in the Valley to offer hiring incentives ranging from $2,000 to $5,000. It has hired 44 positions through that program since July 2021, adding new and lateral police officers, dispatchers and detention officers.

Police Chief Sean Duggan highlighted Chandler’s efforts to fill the full complement of 360 sworn positions in the police department and significant decline in serious crimes in the past decade during tonight’s City Council work session.

Chandler’s widespread community support of police is a byproduct of retaining and recruiting top talent to serve the community. Serious crimes in Chandler have declined by roughly 2,000 incidents during the past decade to 5,333 incidents in 2021. The rate of serious crimes in Chandler has decreased to its lowest in 35 years. Response times to high priority calls also have been reduced to nearly four minutes. These outcomes demonstrate why Chandler remains one of the safest communities in the nation.