City of Chandler celebrates centennial of its incorporation throughout February 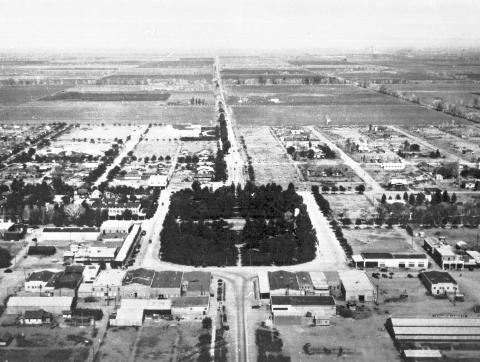 Throughout the month of February, the City of Chandler is commemorating the legal incorporation of the town, which was approved by the Maricopa County Board of Supervisors on Feb. 16, 1920. Incorporation gave the City certain legal powers and its residents the authority to elect a town council and empower them to make decisions for the community.

Nearly 200 area residents had signed a petition for annexation and submitted it to the Board of Supervisors. With incorporation approved, the original town limits were established as approximately a square mile bordered by Hartford Street to the west, Hamilton Street to the east, Galveston Street to the north and Denver Street (today’s Frye Road) to the south.

The day after incorporation approval a front page article in the Chandler Arizonan newspaper reported, “Quietly and without ostentation Chandler passed from the control of Maricopa County into a city of its own, with an organization and a duly appointed set of officials.”  Fittingly, those new officials included the father of the town, Dr. A.J. Chandler, who was chosen as the president of the Council and the town’s first mayor.

Incorporation came nearly eight years after the official founding of the town on May 16, 1912, the day Dr. A.J. Chandler opened a land sale office for his new master planned community built on land subdivided from his 18,000 acre ranch.

In the years prior to incorporation, the townsfolk of Chandler had seen the growth of a business district around the downtown square, the opening of the elegant Hotel San Marcos, the founding of the Chandler Arizonan newspaper, the opening of Chandler High School, the establishment of a volunteer fire department and an influx of hundreds of new residents. National and international events also affected this oasis in the desert, such as World War I, the Spanish Flu pandemic, passage of the federal suffrage amendment and the start of Prohibition.

But it was Chandler’s incorporation on Feb. 16, 1920, that sent a strong message to the rest of Arizona that this community on the edge of the Salt River Valley was growing up and solidifying its reputation as a community of innovation, and home to resilient and hardworking people. They shared a common vision to build a great place to raise a family, run a business and enjoy a leisurely vacation playing golf or basking in the Arizona sun.