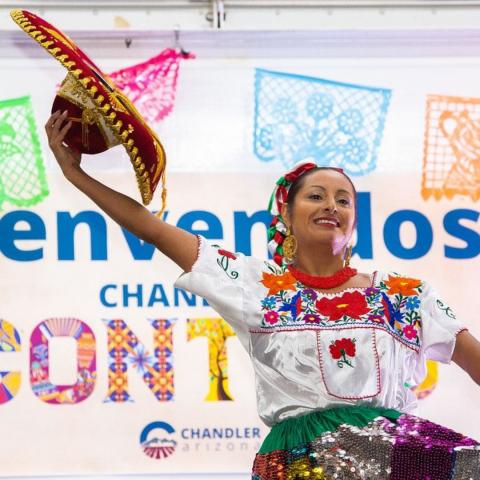 CHANDLER, Ariz. — The City of Chandler’s Diversity, Equity & Inclusion (DEI) Division was recognized with a 2022 Cultural Diversity Award by the National League of Cities for its inaugural Chandler Contigo program held at Galveston Elementary.

The historic Galveston neighborhood is a primarily Latino community located in downtown Chandler. The City was on a mission to rebuild trust and engage the Galveston neighborhood in a collaborative and sustainable way. The inaugural program intended to foster a partnership between Galveston's various community, faith and educational stakeholders. With approval from City leadership, the DEI Division created a curriculum and events called Chandler Contigo — a name whose translation is ‘Chandler with You’.

Community stakeholders were included in the planning and implementation process of this program, including local Latino community organization leaders, representatives from advocacy groups and the leadership from Galveston Elementary. What culminated was a festival hosted by the elementary school and coordinated by City DEI staff.

The unique event brought together more than 20 vested community advocacy, resource and municipal organizations. Additionally, performances by local Latino artists and various Hispanic food vendors, representative of the 18 different Latin American cultures in Chandler, were included to add a festive atmosphere to the event. More than 1,200 attendees were present in what was the largest community event in the Galveston neighborhood’s storied history and Chandler’s first culturally driven community event.

“I commend our DEI team for their collaborative effort to bring together City officials, the school district, community partners and members of the Galveston neighborhood together for this inaugural event,” said Chandler Mayor Kevin Hartke. “It’s one more big step towards building trust in the community and celebrating our rich diversity. I look forward to additional programming and communication with Galveston leaders and its residents.”

A total of four communities nationwide were honored with a first-place award based on population. Chandler was the winning city in the population category of 200,001-500,000. The awards celebrate programs that support the arts, community building, and the history of communities of color. 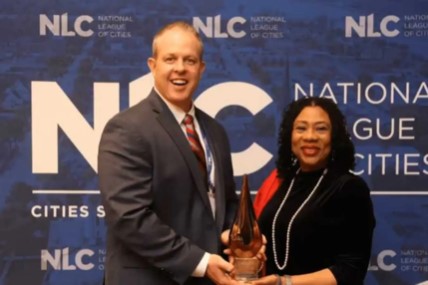 Chandler City Councilmembers Mark Stewart and Christine Ellis accepted the award on the City’s behalf during the National League of Cities (NLC) Conference held in Washington, D.C. last week. The City’s DEI Team also were presented with the award and recognized for its impressive work during a City Council Study Session held on Monday, April 11.