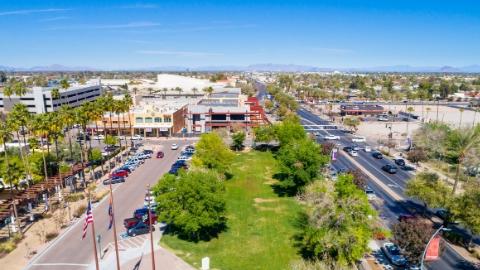 CHANDLER, Ariz. – The City of Chandler introduced a new bilingual pay policy for employees this week to enhance the customer service provided to Chandler residents and customers.

An existing bilingual pay policy, established in 2005, created a pool of Spanish-speaking employees who were available to translate and assist customers.

Starting May 15, the policy was expanded to include American Sign Language, Chinese (all dialects), Hindi, Spanish, Tagalog and Vietnamese. These languages were determined based on Chandler’s population demographics from the recent 2020 U.S. Census, which showed Chandler continues to be one of the most diverse communities in Arizona. Feedback was also received from staff in City departments who were asked which languages are most commonly requested.

“The revamped policy recognizes the growth of languages commonly used in our community and the need to serve residents and businesses in other languages,” said City Manager Josh Wright. “We value these skills in our current employees and welcome applications from job seekers who bring these talents to our diverse community.”

To be eligible for the new stipend, employees must test for both English and the other language in which they are applying. The pay is based on their proficiency in both languages. Advanced bilingual or ASL Superior to Superior Plus will receive $1,200 annually and intermediate Bilingual or ASL Intermediate to Advanced Plus will receive $600 annually. Employees who are covered by a Memorandum of Understanding (MOU) are paid based on their MOU.