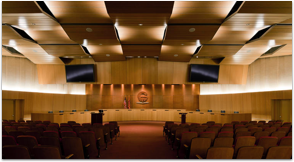 CHANDLER, Ariz. — During its regular meeting on Monday, Dec. 5, the Chandler City Council unanimously approved a resolution opposing the Landings at Ocotillo, a proposed development in an unincorporated area of Maricopa County. Changes in the planned land use and reliance on the City’s water and infrastructure to serve the development are among the reasons stated in the resolution.

Maricopa County is considering a development application for 518 multifamily units on a county island along Ocotillo Rd. However, Chandler’s municipal infrastructure and services would be relied upon to serve and support such a high-density development at that location.

The City Council’s opposition is due to the applicant’s request to deviate from the location’s long-planned employment land use which would create jobs in the Chandler Airpark. The location of the proposed development is within the Chandler Municipal Airport runway flight path and its proximity to the City’s largest water reclamation facility, which currently treats 28 million gallons of wastewater daily, also could be detrimental for future residents.

The reliance upon the City’s water resources to serve this proposed development outside Chandler’s jurisdiction is another reason cited in the Council Resolution. Such a change from planned industrial or light industrial uses to high density multifamily would increase the planned water demand to serve those parcels by nearly 105,000 gallons per day.

The City Council recognizes the need for affordable housing and continues to take action to provide affordable housing options in Chandler. The most recent example is a development agreement approved on Oct. 27 to create a new 157-unit multifamily development of subsidized affordable housing near Chandler Blvd. and McQueen Rd. Seniors, veterans and persons with disabilities will be given priority to reside at that new housing site.

Chandler’s 2018 Water Master Plan allocates sufficient water resources to support employment uses on the parcels of land being considered for development rather than the higher water demands that a multifamily development like the Landings at Ocotillo project would require.