Flag, You’re It! 3 Games to Play on Flag Day | City of Chandler Skip to main content

Flag, You’re It! 3 Games to Play on Flag Day 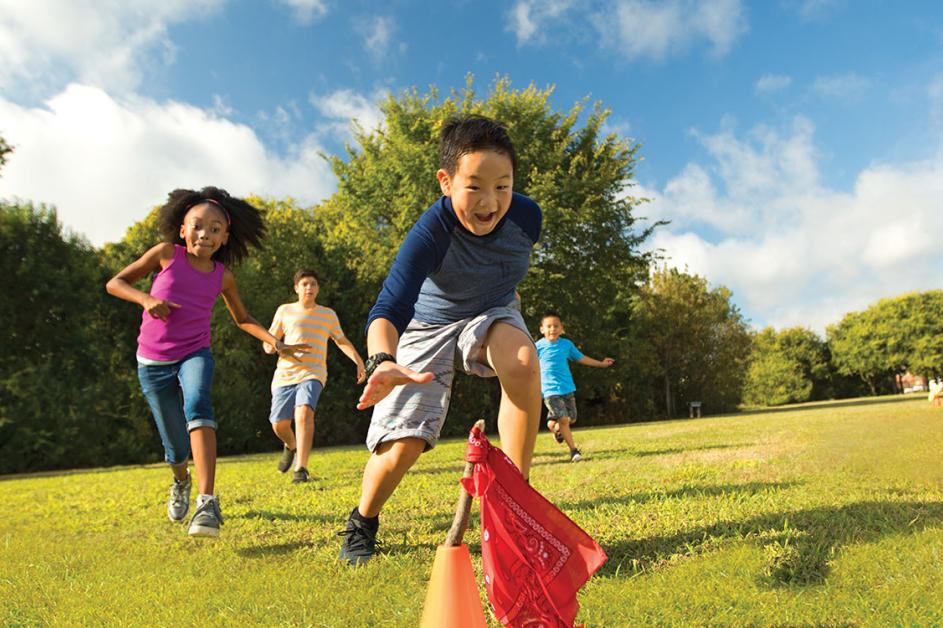 Hoist your flags up and get ready for a way to celebrate Flag Day that your kids will never forget. All you need are a few extra kiddos or players and a bit of imagination. Oh, and flags. You’re gonna need lots of flags. Read on for three classics and #GoPlayChandler. Find your closest park.

2 flags (Any flag will do! Pirates vs. Princess?)

2 teams, a minimum of 4 players per team. The more the better.

Divide the playing field in half and designate two small “zones” on both sides to hold people who are tagged. There can also be a designated circle on each side where the flag is placed.

Capture the other team’s flag. Each team designates their territories, the location of their flag and their zone. There is also a safety zone around the flag where the flag’s team cannot enter unless the opposing team does (this prevents impossible-to-pass guarding of the flag).

On the referee’s signal, each team tries to take the other team’s flag and return across the center line without being tagged.

12 flags (flags for each player)

2 teams, a minimum of 6 players per team.

score a touchdown on the other team’s end zone. This one has all the basic rules of regular football, minus the tackling part, so kids of all ages can play. Just try and grab the flag out of the opponent with the ball’s back pocket.

9 flags (and cones if playing in your local neighborhood park)

Place flags in cones around the grass (just be sure you’re not damaging the field) by simply tying cloth flags in a tree, propped up in the ground, etc. Make a 9-flag course.

Play similar to the rules of golf or frisbee golf, but make a basic course in your park using homemade flags (try cutting up a banner into individual flags). Instead of trying to hit a ball into the hole, you’re trying to hit the flag with the frisbee. Remember to keep track of how many throws it takes each player to hit the flag. The lowest score wins!