Former Korean War POW will give featured presentation at Our Stories Speaker Series on Dec. 1 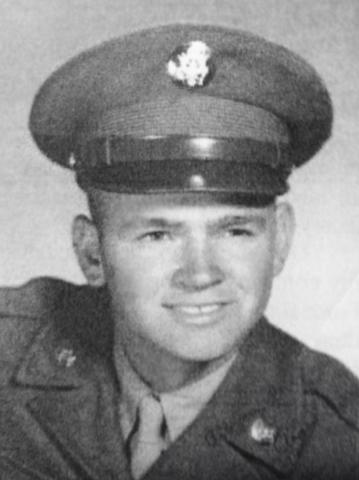 The next Our Stories Speaker Series presentation on Saturday, Dec. 1, will feature Korean War veteran Arden Rowley recounting his experiences as a former prisoner of war (POW). The event begins at 10:30 a.m. at Chandler’s Sunset Library, 4930 W. Ray Road.

“Voices from the Korean War: Prisoners and the Missing” begins with a presentation by Rowley, who was captured on the battlefield by the North Korean Army, 68 years ago. More than 7,000 Americans were captured during the three years of conflict on the Korean peninsula. These servicemen were sent to camps throughout North Korea and suffered from the cold, brutal treatment, and starvation. More than 2,700 died while imprisoned.

Rowley was raised in Mesa, and joined the U.S. Army in 1948 after graduating high school. He eventually landed in Korea with the 2nd Engineer Combat Battalion, 2nd Infantry Division. The Chinese Communist Forces took Rowley and other military members as prisoners of war on Dec. 1, 1950. He was repatriated in Operation Big Switch in August of 1953. Rowley eventually returned to Mesa, began a family, and spent 31 years teaching in Mesa schools.

Joining Rowley on Dec. 1 will be Dr. Yuri McKee, a local doctor and former U.S. Air Force flight surgeon, who has a deep interest in the status of Korean War missing in action (MIA)   servicemen. Drawing on insights as the medical director for the 35th Joint Recovery Operation into North Korea in 2004, Dr. McKee will describe the experience of negotiating with North Korean officials on the recovery of missing American servicemen.

In January, the Our Stories Speaker Series will take a local focus and reveal little known connections between the City of Chandler and renowned architect Frank Lloyd Wright. In the 1920s and 1930s, Wright developed a friendship with Dr. A.J. Chandler and worked on various projects in and around the City. While most of these projects never came to fruition, his vision for Chandler and the surrounding area was inspired by the desert and its unique landscape. This talk will cover various Wright projects in Chandler, including San Marcos on the Desert and Broadacre City.

For more information on the upcoming series, call 480-782-2751, or visit chandlerlibrary.org.