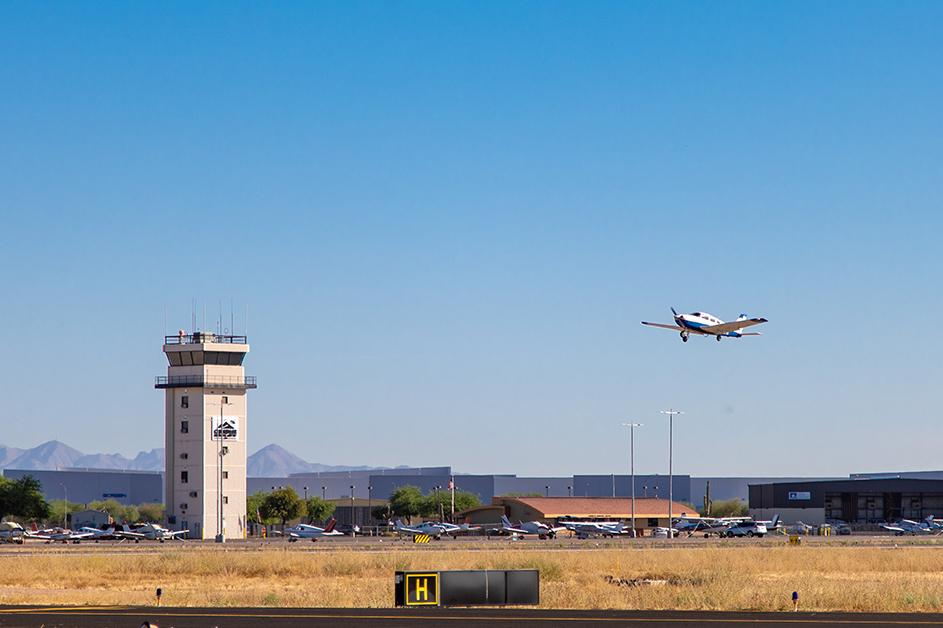 Over the course of nearly a century, the Chandler Municipal Airport (CHD) has stemmed from humble beginnings into one of the busiest general aviation airports in the country. An established community landmark and the driving force behind over $110 million dollars in economic activity each year, Chandler’s airport is a vital contributor to the City’s economic ecosystem.

On this National Aviation Day (Aug. 19), join us on a walk through the life and legacy of Chandler Municipal Airport — past, present and future.

The Past: A Local Airport Takes Flight

The airport destined to become the Chandler Municipal Airport we know today was born in March 1927. Former Arizona Governor George W.P. Hunt dedicated the original location for the airport this year at a site south of the current 202 Freeway, between Arizona Avenue and Alma School Road.

One year later, town officials relocated the airport to the area of today’s Tumbleweed Park. For a brief period the airport served guests of the San Marcos Hotel, welcoming flights into Chandler through Standard Airlines. Due to the financial crisis of the Great Depression, followed by restrictions to civilian air activity during World War II, the plans for further airport expansion were put on hold indefinitely.

In 1947, the Town of Chandler decided to revive their little airport. The town purchased land from the Roosevelt Water Conservation District to relocate the airport to the site on which it lives today — south of Germann Road, between McQueen and Gilbert Roads.

The Town officially opened the airport in 1948. Over the next two decades, Chandler existed as a farm town, filled with fields of cotton, alfalfa, cows and sheep. The airport functioned as the center of crop dusting operations and flight training for local residents.

Beyond flying planes, Chandler residents also used the airport for fun, including hosting rodeos on the grounds complete with bull riding and steer roping competitions. 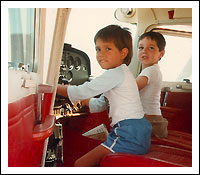 Chandler’s budding airport continued to grow in the 1970s, taking more of the shape we know today. The City extended the newly paved runway and updated it with lights, as well as purchased the old Rod and Gun club house (a shooting range and firearms club) for its first terminal. By the 1980s, fifteen businesses provided services on the airport, from fixing and building planes, teaching new pilots and beyond.

Crop dusting businesses faded out as cotton fields diminished and subdivisions and shopping centers multiplied. The City implemented a master plan to extend the runway, build new hangars and create a second terminal.

Investment from the City fueled further development at the airport. Chandler Municipal Airport added a heliport, second runway, a more modern and spacious terminal building, and installed a temporary air traffic control tower. By 1998, the airport received its first permanent air traffic control tower — the tower still in use on the property today. At this time, controversy also dogged the airport, with conflicts over runway length and voter-rejected plans for expansion. 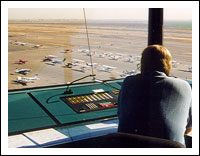 In the first decade of the 2000s, the City completed a new heliport to broaden Chandler’s flight training opportunities — training that draws students from around the world. Developers constructed more hangars to meet the growing demand for aircraft storage. By 2010, Chandler Municipal Airport ranked in the top one percent of all general aviation airports for air traffic.

The Present: One of the Busiest Airports in the Country

The airport also serves as the anchor and major economic driver for the nine-square mile employment hub surrounding the airport, also known as the Airpark. Several nationally and internationally recognized companies have established offices in the Airpark Area in recent years, bringing thousands of new jobs to Chandler. 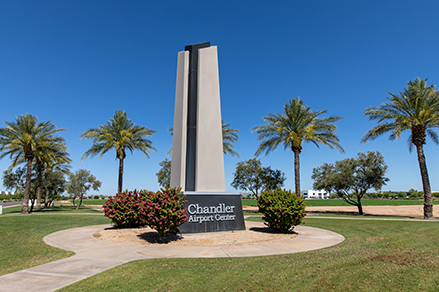 The Airpark Area is growing faster than any other employment corridor in Chandler, adding 1,310 jobs year-over-year per MAG's 2019 Employer Database. The current total estimate of jobs in the area is 10,710. The Airpark offers large, undeveloped tracts of land designated for employment uses. As the City approaches build out, preservation of this land for future employment will be critical to sustaining economic growth in Chandler.

In 2019, the City of Chandler began the process of developing an Airport Master Plan — a comprehensive, long-range study of the airport that describes plans to meet FAA standards and future aviation demand at CHD.

The Airport Master Plan is an opportunity for airport stakeholders and the general public to engage with staff on issues related to the airport’s current and future operations, as well as its environmental and socioeconomic impacts.

Become a voice for the airport and your community by participating in the ongoing Airport Master Plan process.  You may also reach out to the Airport’s staff to meet or share feedback.

Celebrate the past and help shape the future. Learn more about the Airport Master Plan and how to get involved in the next chapter of the Chandler Municipal Airport.