A Stroll Down Chandler's AV Lane 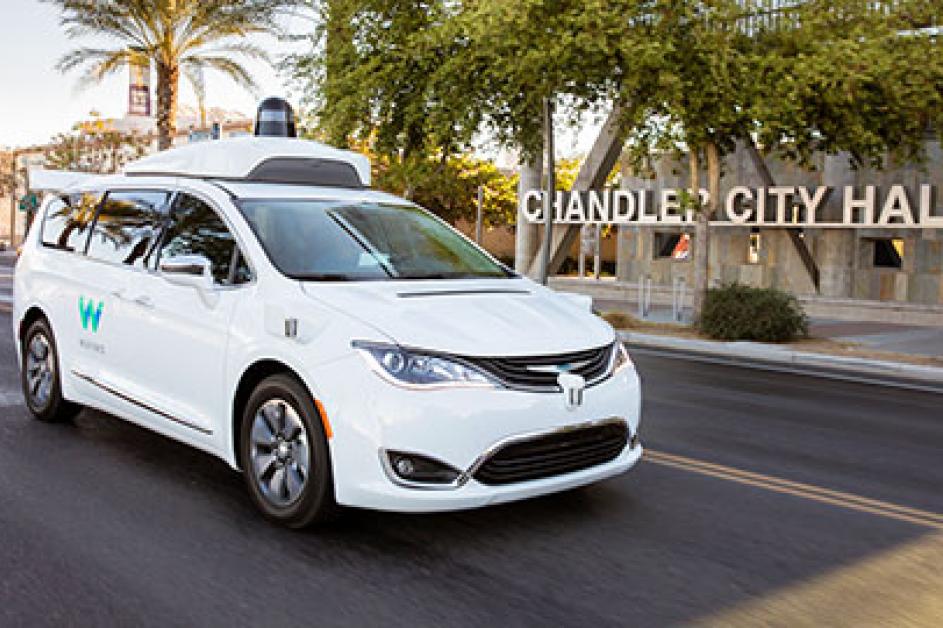 Have you ever wondered how Chandler managed to become a bustling hub for autonomous vehicle (AV) technology? It starts with a vision and a commitment to innovation.

The Perfect Dust Storm: What Makes Chandler Right for AV

When AV technology started to grow and leading companies began searching for places to build their hubs, Chandler quickly stood out as an obvious choice.

Chandler residents have long been enthusiastic, early adopters of technology. Waymo (formerly known as the Google Self Driving Car Project) attracted more than 2,000 attendees when it hosted an open house in 2016.

Our urban and suburban landscapes, as well as our robust highways and city-street maps, make Chandler the perfect place for AV to test and grow toward the future. Our well-educated workforce and varied weather conditions (like heat, monsoons, dust storms and more) also make Chandler an ideal location to advance the research and development of AV tech.

From the very beginning, Chandler has been ground zero for autonomous vehicle testing in the metro Phoenix area.

Waymo first brought its autonomous vehicles to the area in 2016.

Currently, the company operates out of a 39,000-square-foot warehouse in Chandler where the company has ramped up its testing, launched an early rider program and is moving toward commercial deployment.

In addition to Waymo, Chandler also is home to Intel’s Autonomous Vehicle Lab, Mobileye, and many other leading AV technology companies. In total, the leading AV tech companies have more than 16,000 employees citywide.

City Involvement and a Commitment to Innovation

As AV in the area started to grow, the City took unprecedented steps to make Chandler the nation’s leader in AV accessibility. 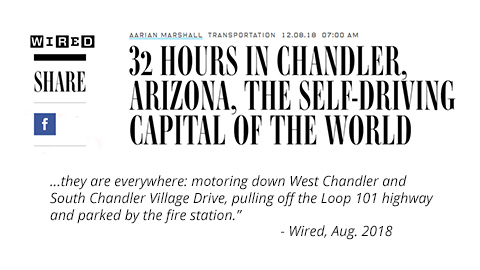 In June 2017, the City’s Police and Fire Departments teamed up with Waymo engineers to create a controlled environment that would simulate road conditions involving autonomous vehicles. The partnered effort helped the vehicles learn to recognize and respond to emergency vehicles in both ordinary and unexpected ways.

Soon after in 2018, the City became the first in the nation to adapt its zoning code to accommodate the increased use of autonomous vehicles.

An Adaptive Zoning for a Changing World

When Waymo came to Chandler in 2016, city planners were encouraged to look at the zoning code and adapt it to accommodate a world with more autonomous vehicles.

David De La Torre, a Planning Manager for the City, tried to come up with ideas based on what has been done in other cities around the country, but his efforts came up short.

“We called New York, San Francisco, Portland, Dallas, and other big cities figuring we’d find a city doing something or at least thinking about adapting their zoning code to accommodate autonomous vehicles, but we couldn’t find one,” De La Torre said.

To begin crafting a proposal from scratch, De La Torre researched possible scenarios that could arise from increased use of autonomous vehicles (both as rideshare services and one day as privately owned cars).

The code amendments he and his team came up with a look to a future with more self-driving cars and ride-sharing. The code gives businesses the chance to prove their need for less parking as the use of these services increase.

The zoning code changes encourage new developments to plan for drop-off and pick-up areas for people using autonomous vehicles or ride-sharing. In return, the city has the ability to reduce the development’s required parking by up to 40 percent.

In May 2018, City Council approved the changes to the zoning code and Chandler became the first city in the country (and potentially the world) to write AV into its zoning code for good.

Chandler’s continued commitment to innovation has allowed AV to grow and prosper in the Valley. In March of 2019, Waymo announced yet another plan to expand in the area.

From here, the future of AV in Chandler looks bright. With an adaptable zoning code and City leaders committed to growth and innovation, Chandler continues to solidify its reputation as the Innovation and Technology Hub of the Southwest.

Get more information on projects and Chandler’s commitment to business and innovation from our Economic Development team.