With more than 60 parks in Chandler, a variety of park programs to participate in and the option to rent fields and pavilions for life celebrations, residents and visitors have plenty of options to get out and enjoy the outdoors. 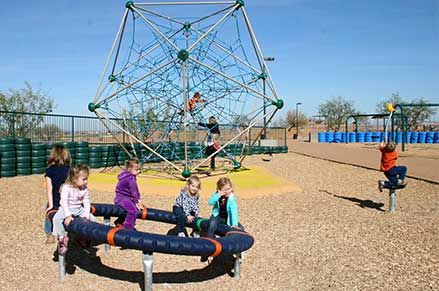 From the largest regional parks to community and neighborhood parks and special use facilities, here’s your guide to Chandler’s parks. Cool off at any one of the three spray and splash pads, test your skills at the bike or skate park, or take your four-legged friends out for a stroll at any one of the four dog parks. 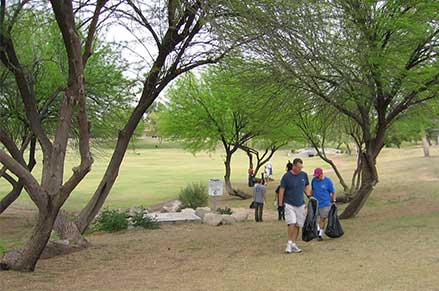 Chandler’s park programs provide a great way for local families, schools, clubs and organizations to stay active in their community and stay connected with each other as a group. From helping keep parks clean and beautiful through the Adopt-a-Park and Living Tree Donation Programs to making memories through the Birding and Community Fishing Programs, there’s always something to explore in Chandler. 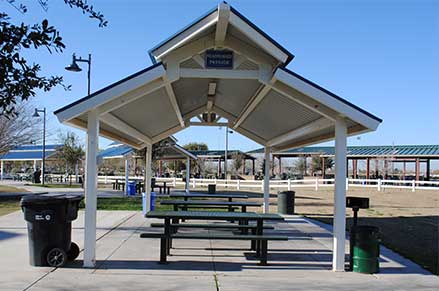 The City has numerous picnic pavilions, athletic fields, and courts throughout the community that can be reserved for family and group activities. At this time Apache, Folley, and Navarrete restrooms are closed. Park reservations are still available.

Provided by the National Park Service

Most people know that hunting and trapping are not allowed in City parks. However, the City recommends that people refrain from approaching or feeding animals in City Parks. These actions can be harmful to both animals and people. When you approach wildlife too closely, you may cause them stress and interfere with behaviors necessary for their survival. Animals that are fed by people become dependent on human food, and may lose their natural fear of humans and their ability to forage for natural foods. There is a lot of truth to the saying, "a fed animal is a dead animal." In addition to losing their foraging ability, feeding animals puts everyone in potentially hazardous situations. People who feed animals may be bitten or otherwise injured by the animal they are feeding. Other visitors are at risk as they may be harmed by aggressive animals that have previously been fed.

Seemingly tame animals are still wild and may behave unpredictably. Animals may use their teeth, claws, hooves, antlers, or horns to defend themselves. View wildlife from a safe distance. Leave animals enough room to make an escape if they feel threatened. You are too close to an animal if your presence causes them to move.

There are other serious hazards associated with wildlife. Numerous species, including rodents, squirrels, coyotes, foxes and bats may carry infectious diseases such as Hantavirus, rabies, or plague. In some situations, these diseases may be transmitted through simple contact, such as touching or feeding wildlife.

By treating wildlife with respect and not approaching or feeding them, you are aiding their chance for survival. By keeping wildlife wild, you are protecting their safety and yours.

Quicklinks
Parks and Recreation Board